Eating natural, fresh foods ensures that your child is getting flavor and nutrients at your table. Foods from the earth do not have to be expensive or time consuming. In Asia and other parts of the world, variations of rice soup are a common staple. At approximately six months, baby soup is made with rice. In China, this is called “congee”; in Japan, it’s called “kayu.” A similar soup, called “canja,” is found as far away as Portugal. 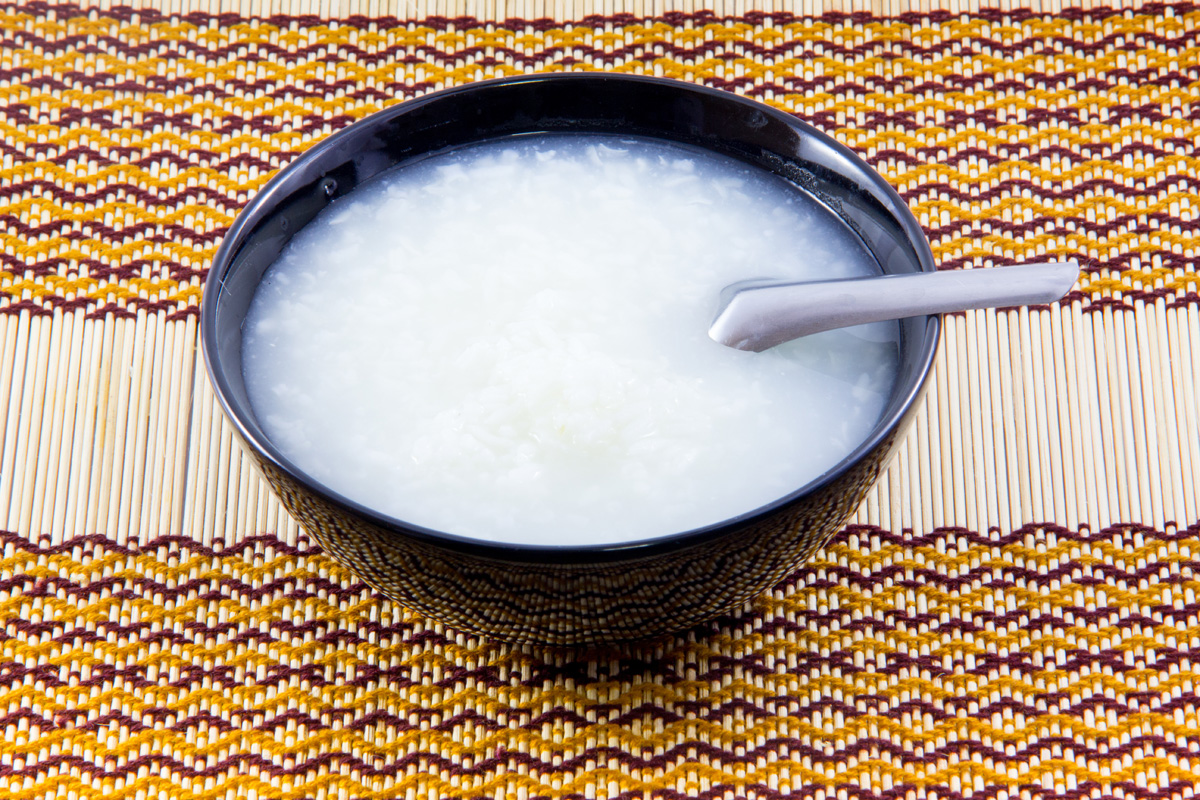 The Chinese version of rice soup, congee, is preferable to start as a solid early on. The water-to-rice ratio is higher, producing a less thick soup. As your baby grows, thicker soups can be more easily tolerated.

Using a large pot, cook on high until mixture is boiling. Stir continually for 5 minutes. Then, turn down the heat to low and place a lid on the pot. Some steam should be allowed to escape. If your lid does not allow steam to escape, tilt the lid. Cook for 2 hours. Allow the congee to cool before feeding to your baby. Different grains of rice produce a different consistency of soup. If your congee appears thicker than applesauce consistency, you can reheat with more water. 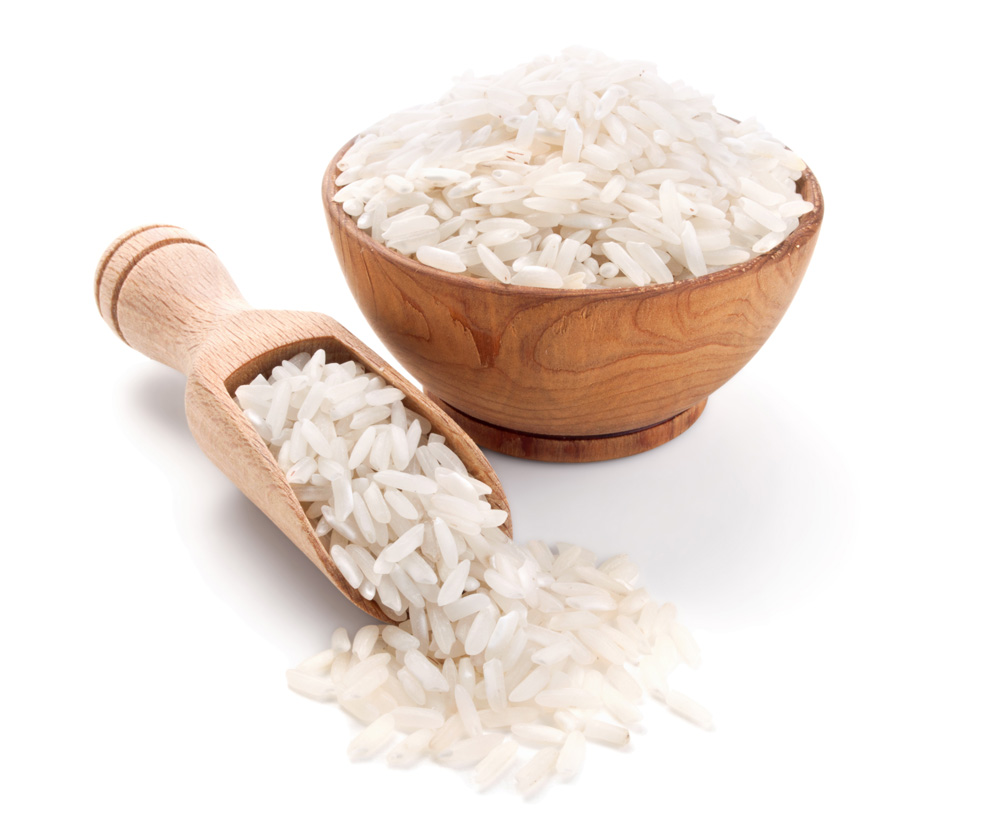 I landed on this variation after discussing congee with a friend from China following several failed attempts to make it. The key is a lot of water and continual stirring. I have seen some congee recipes that use day-old rice, but when I made mine that way it did not turn out as smooth as when I made the above recipe.

Fresh, pureed vegetables can be added to your baby soup while your baby is learning to tolerate smooth solids.

As your baby gets older and is pulling up to stand, vegetables, eggs, and meat can be diced and cooked for easy transition to finger foods. You have the option to gently spice with soy, garlic, or ginger. If you'd like to “westernize” your congee, experiment with your own favorite light seasonings to enhance the flavor.

Have you made a baby soup you enjoy? I'd love to hear your thoughts and input. 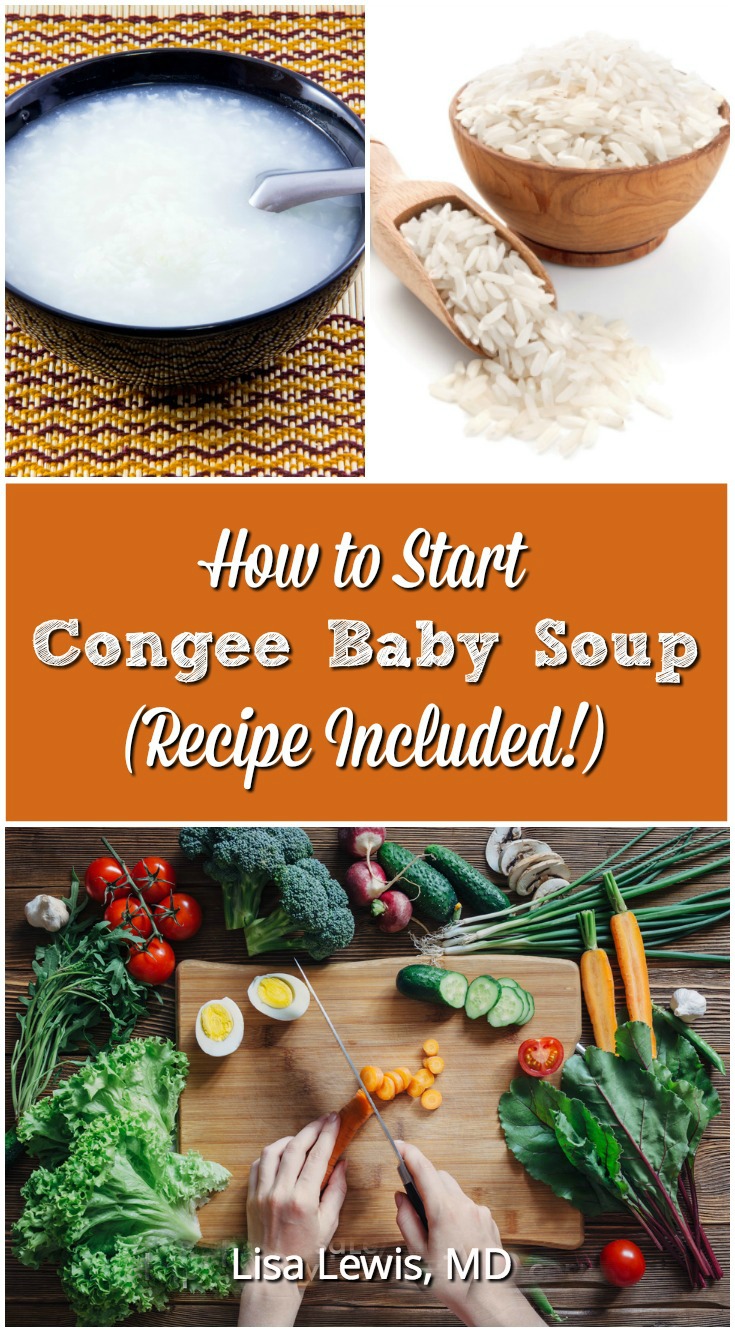 Wisdom and a Tasty Dish from St. Croix

Sounds yummy! I must try it one day.

Thank you, Svenja. I hope you and your lovely daughter enjoy it when you do. Have a great week!

Yum! This just reminded me. I don’t think my daughter has tried congee yet.

I like how people from China and other parts of Asia just throw in whatever they want to flavor it up. A new soup every time you make it. Thanks for stopping by.