Security Objects and Nannies in London

Several years ago, I read a study that said over a third of British people sleep with their teddy bears. I have this research quoted in my upcoming book, Feed the Baby Hummus, And Other Pediatrician-Backed Secrets from Cultures Around the World. Then I began to ponder. Wow! That’s an astounding figure. I checked with a couple of British friends and was told, “We don’t, but know some grown adults who travel with their teddy bears.”

Were they not fessing up? So, well, I joined the Nannies in London group on Facebook and asked my question. I admit, I am a big fan of Mary Poppins. I was intrigued with snooping to see what these nannies were talking about. I’m not kidding; Mary Poppins is their background pic.

But, I digress. Here are snippets from our conversation.

Oh, and how the comments started! The first comment was “I personally have never come across any adult Britons that still sleep with a teddy bear or travel with one. I find it hard to believe that 35% does.”

I was deflated. Did I quote “fake news”? Sigh. “It doesn’t matter, the book is not published yet,” I thought. Still editing with the editors. Yep. Can still take it out.

But wait! London nanny Siobhan Louise Tidwell chimed in next!

Siobhan: “My friends sleep with loads and when one of them travels anywhere she will bring her main one. I used to travel with 30 when I was a child would probs still do it if it was more accepted haha. I don’t sleep with my number one teddy but he’s not far away and gets to sleep with me on holiday. I normally bring him to see the children I look after and he has sleepovers with them but I’m glad to have him back.”

Ahhhh, now we are getting somewhere. Alas! Around 40 people chimed in. Over 1/3 of the nannies responding slept with a security object. Now, this is not a pure research study, but it sure was fun.

France: “I know a few people who have partners but if they’re not with their partner they take a teddy!”

Linda: “I have my bear and have had him since I was 2. He has moved to every country with me. He’s wedged on the floor between the bed and the wall, but would never leave him behind.”

Michelle: “I did until I got married at 39 and it was an issue!”

Me: “Seriously? The three of you can sleep together.” (To which she responded with the scrunchy face emoji.)

Michela: “I'm Italian, almost 30 and I travel and sleep with my monkey Fernando. I received multiple pictures of Fernando. Here's one of Fernando during his travels.” 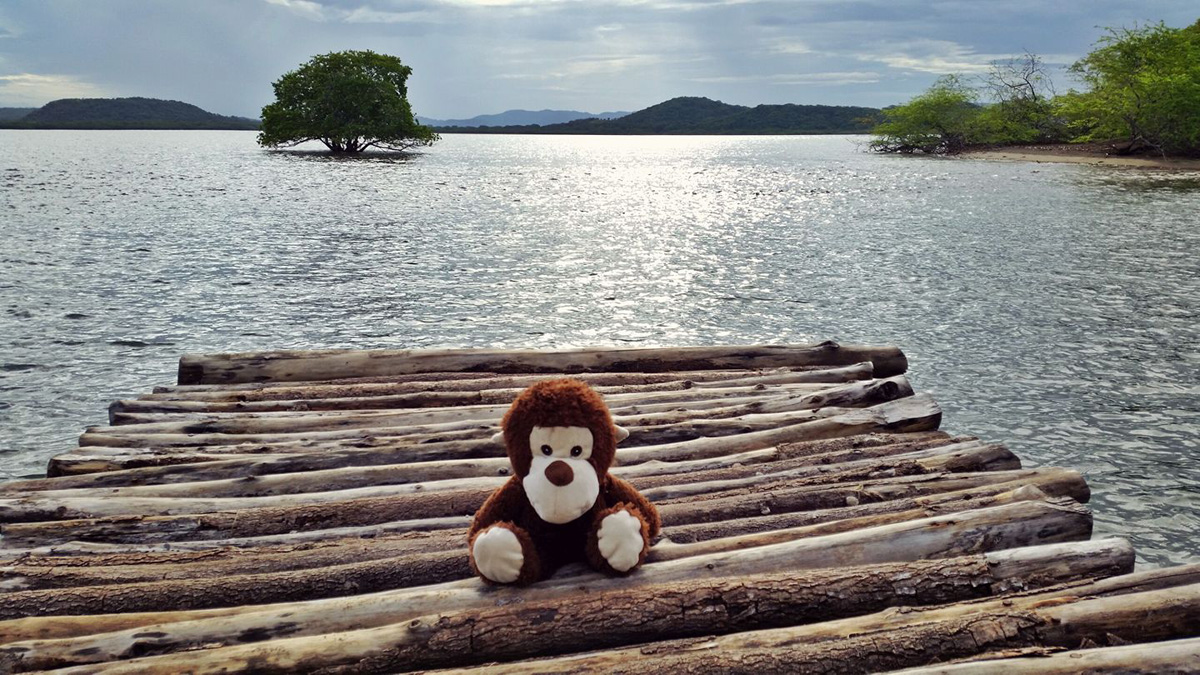 Saffra: “This is not part of English culture! I don’t know anyone who does this over the age of 10! I’m English and lived here my whole life, never heard of anything so absurd. It seems like it’s just a few individuals (which could happen in any country) it certainly isn’t part of our culture.”

Rebecca: “It’s definitely part of British culture. I wonder if it evolved out of the evacuation around the blitz. My mother is eighty and it’s definitely a thing for her generation, from what she has told me.”

Selin: “Be open.” (I think this is directed at Saffra, but not sure.)

Sarah: “This is Sally and Owly. Sally has been in my bed for 26 year, Owly about 15. My bf totally understands that they have the priority in bed and he can sleep on the end!” 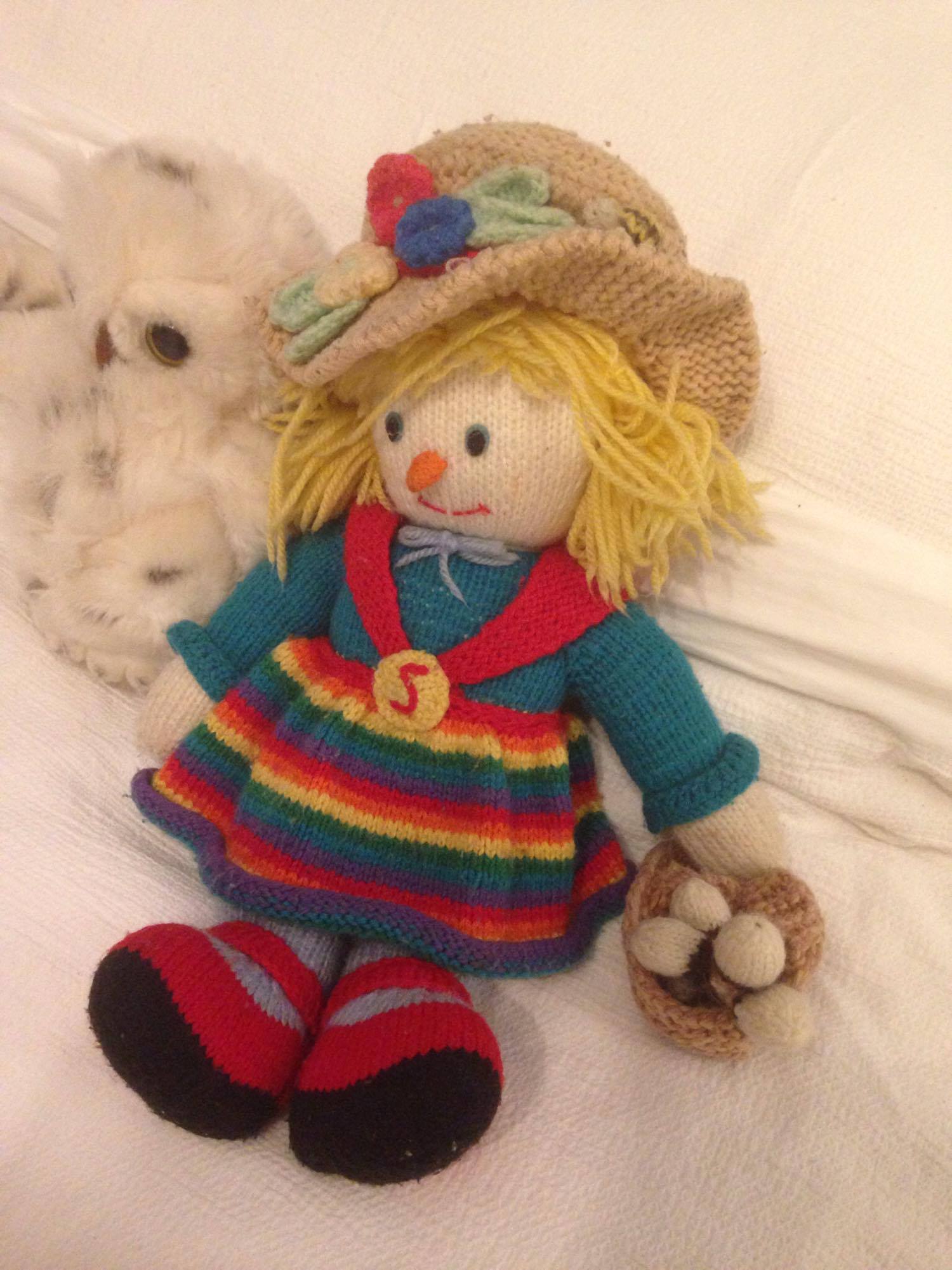 We had some discussion through private messaging. I wanted to get her permission to put up a photograph of these sweeties. Sarah said, “Sally has gone through many stressful and touch-and-go moments in reconstruction surgery in her 26 years of life.”

Now, Sarah and I are buddies (mates!). I started out talking about Teddy Bears, but my heart melted and bonded with Sarah along the way once I saw Sally.

Security objects (also called “transitional objects) can give your child comfort during times of stress. Yes, you can comfort your child, too. But sometimes you aren’t in the room when he wakes up at night or when he stays at Granny’s for the day. It’s nice for him to have a little remembrance of home during those times.

So, to all you parents who worry if your child will become “too dependent” on an object, such as a stuffed animal or blanket, relax! They may be kept for years, and perhaps even enjoy their “lovie” into adulthood. If your child lives in Britainn, I suppose. 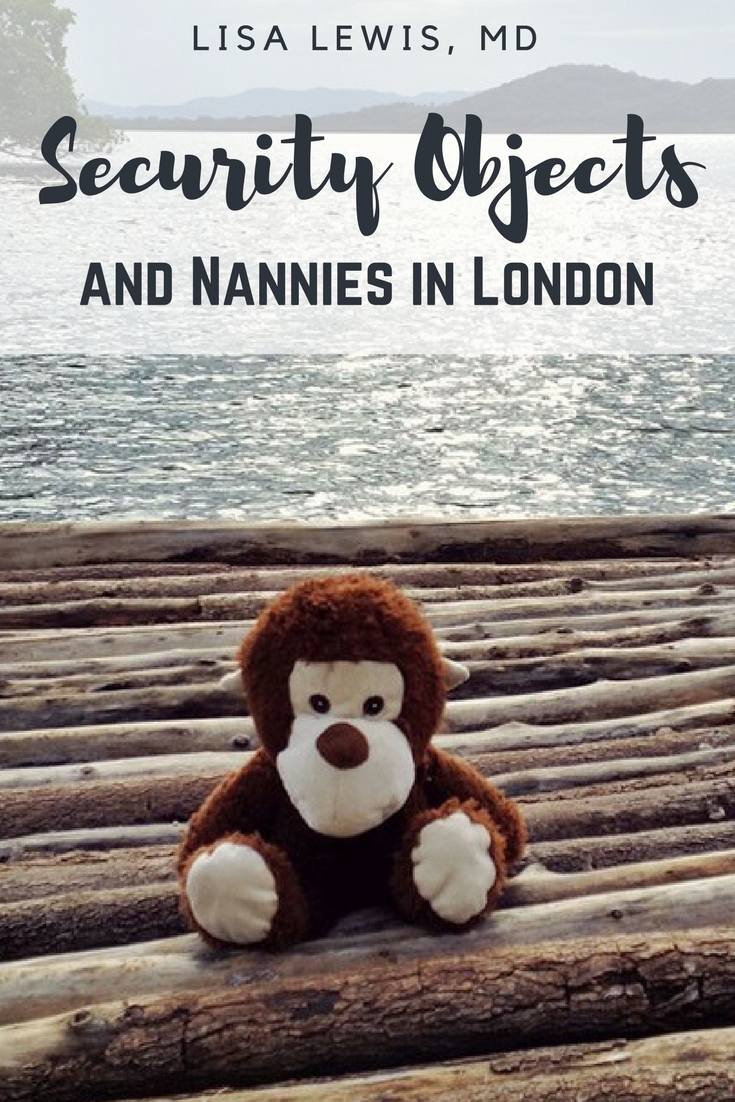